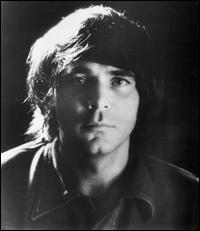 Singer/songwriter Joe South (born Joe Souter) began his career as a country musician, performing on an Atlanta radio station and joining Pete Drake's band in 1957. The following year, he recorded a novelty single, "The Purple People Eater Meets the Witch Doctor," and became a session musician in Nashville and at Muscle Shoals. South appeared on records by Marty Robbins, Eddy Arnold, Aretha Franklin, Wilson Pickett, Bob Dylan (Blonde on Blonde), and Simon & Garfunkel ("The Sounds of Silence"). During the '60s, South began working on his songwriting, crafting hits for Deep Purple ("Hush") and several for Billy Joe Royal, including "Down in the Boondocks." South began recording his own material in 1968, scoring a hit with the Grammy-winning "Games People Play" (Song of the Year) the following year. While South produced hits like "Don't It Make You Want to Go Home" and "Walk a Mile in My Shoes," Lynn Anderson had a smash country and pop hit in 1971 with South's "(I Never Promised You A) Rose Garden."

South took several years off after his brother's suicide in 1971, moving to Maui and living in the jungles. He had proven a rather prickly character, recording a song entitled "I'm a Star"; he was also busted for drugs and, never entirely comfortable performing, was known for an antagonistic stance in concert (he once suggested that audience members start dancing around the concert hall and kiss his ass as they approached the stage). South briefly returned in 1975 with the Midnight Rainbows LP but retired from recording and performing soon afterwards. South returned in 1994 in a London concert showcasing American Southern performers and later re-entered the music publishing industry. He died from a heart attack at his home in Georgia in September of 2012; Joe South was 72 years old. ~ Steve Huey, Rovi