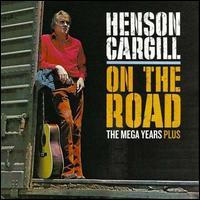 Henson Cargill had tried his hand at being a lawyer, rancher, and deputy sheriff before settling on country music as a career after returning to Oklahoma from Colorado State University. He began playing local bars and was asked to join the Kimberlys by their leader, Harold Gay. Cargill went to Nashville in the mid-'60s and, after auditioning for different labels, signed with Fred Foster at Monument in 1967. Foster teamed Henson with producer Don Law to record the Jack Moran song "Skip a Rope." The single was a tremendous success and not only topped the country charts for five weeks, but also crossed over to the Top 25 on the pop charts. During 1968-1969, Henson went on to have two more Top 20 country hits, including "None of My Business." In 1969, he also began hosting Avco Broadcasting's syndicated show Country Hayride and recorded steadily for the next few years. In 1971, the single "The Most Uncomplicated Good-Bye I've Ever Heard" hit the Top 20, and two years later he recorded two Top 30 hits, including "Some Old California Memory." Cargill's next hit, however, was over six years in coming. Finally, in 1979, "Silence on the Line" made the Top 30. Cargill eventually left Nashville and returned to Oklahoma, but continued to perform sporadically. During the 1980s and '90s, Cargill was a fixture on the Las Vegas/Reno casino entertainment circuit. In 2003, he issued All American Cowboy through his website. The double album featured re-recorded versions of hits like "Skip a Rope," as well as new material. ~ Johnny Loftus, Rovi